It’s been rather quiet on this blog in last couple of months. No new functions, but I’m preparing something…

Fortunately fotonea.com has been noted by few blogs, what increased number of visitors. Sources like pixelco.us, balacobaco.org, guidami.blogspot.com, tecnopassion.com, makeuseof.com and others described our web application and sent us many people so they could create their own collages. Thank you!

So the stats have been increasing recently:

Most of the blogs which mentioned fotonea.com as a collage maker are written in Spanish or Italian language, so most users come from Italy, Brasil or Mexico:

Also, thanks to translated user interface (which has a lot of errors, I’m sure) we score high in search results for some of the phrases: 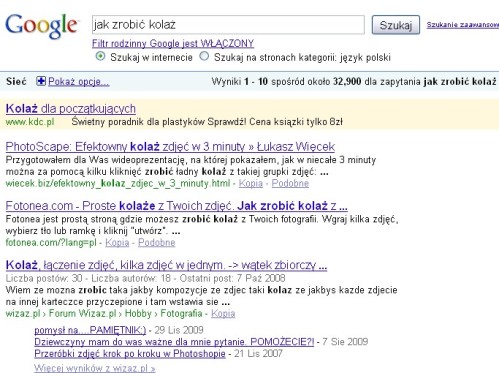 For English we are not at the top 😉 but at the 7th place, so still first screen for over 3 million results, what is very good.